Surgery for cancer slowed me right down and taught me lessons about patience that I don’t want to lose as I speed up again. 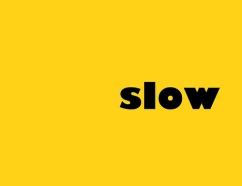 I’ve discovered that I walk quite fast. Normally

I discovered this last summer, when I couldn’t  It was part of another lesson from cancer.

When the medical team was getting me ready for surgery, they tried to help me be as healthy as possible beforehand.  I was weighed, exercised and given protein shakes to boost me.  Which given how hard they’d tried to poison me with chemotherapy, was pretty decent of them. So when I went in for surgery I bounded up the stairs two at a time, with a heavy bag in my hand.

48 hours later I could hardly stand; in fact, I couldn’t without using a walking frame and the support of two people to get me into a chair for a few minutes at a time.  And for weeks that was the pattern – a daily, slow stroll with two physios and a walking frame built me up so that I could eventually get to the loo by myself.  Eventually go up a couple of stairs (not flights – stairs.  By the time I could do a flight I had to have a chair to rest on half way).

It took me an hour to shave.

And by the time I was strong enough to go home I encountered the terrifying speed of people walking on London pavements and thought I would be knocked over.

Now, consider how great that psychological change had been   I could charge down pavements.  I would get irritated on Oxford Street when I was stuck behind tourists window shopping, or strolling – or behind older people struggling.  I’d vote for the mayor who promised that London pavements would have a fast lane, accessed by using an Oyster card.

And suddenly, I was the slowcoach. Using a stick – not just because I needed one (which I did), but also because it flagged up to everyone else that I was slow for a reason, and please not to bump me. Choosing between routes because although one was shorter, it was also steeper. Stopping at Costa’s because walking to the Post Office and back in one go was just too hard.

Now, I’m not after your pity.  I’m feeling fine, and going quite briskly now.  I muttered ‘C’mon, c’mon’ behind someone yesterday, which shows I’m doing OK.

But, but but.  I really hope I don’t forget how hard it is for some (many? most?) people just to keep up.  To go from fit to feeble overnight, and then slowly to climb back to fit-ish was a hard, hard road.  And of course many people don’t have that recovery road to look forward to.

As Paul said, ‘Love is patient…’