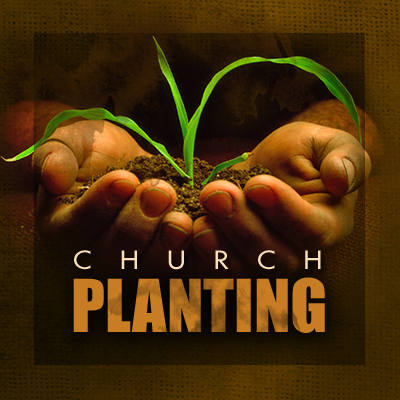 Eleven lessons from being part of a church plant

We said goodbye to a church we’ve known and loved for seven years – its first seven years. It had been a privilege to be a member rather than a leader, and to be part of a little Christian community take its first steps.  Seven years before a team of 35 adults and 12 children was sent out from a fantastic commissioning service with party poppers and streamers;  there must have been over 150 at the birthday lunch.

So I thought it would be good to reflect on the church planting experience from the inside.  Here are ten lessons:

1. It felt small.  Really small.  We had come from a large (in UK terms) church family, with dedicated staff, offices and ministries.  We were used to a band and a welcome team.  The next Sunday there was a good vibe with some energy – a nice cake to celebrate and even some champagne. But for many Sundays after that it felt very gruelling. The school where we met felt way to big for our needs, and we met in some small classrooms that were a long way from the entrance, and suspiciously sticky underfoot.  We had lots of signs with arrows, pointing to where we met.  There were many Sundays when – once you’d allowed for the preacher, leader, musicians, PA person, coffee team, welcome team, kids workers – that was us.  We were all crew.

Now in one sense that’s normal and healthy – churches where most people are just an audience are not healthy.  But if we were trying to reach new people, we became horribly aware that there were few of us who could have an eye on that issue because we were running hard just to keep going.

2. Kids work is very demanding.  12 of them – how hard could that be?  Well, consider the fact that they covered the whole range, from newborns to late teens, and you see the problems.  They all needed their teaching materials and groups to be done, even if there were only a couple of them at their stage.  And good safeguarding policy meant that there a number of adults involved in each age band. That hoovered up people’s time.

I guess we could have gone for being the kind of church where the children stay in all they way through, but that’s not what our ethos was or is, and I think it would have fought against our outsider-friendly focus.

3. Leadership is critical  Our minister had a clear vision of what he wanted to achieve, and he’s travelled single-mindedly on that road.  He has kept us constantly tight and focussed.

4. No-one has any habits.  In an established church there’s always George, who knows how the heating works, and Milly, who quietly repairs the bibles without being asked.  There’s a stock of coloured card from the holiday club, and plenty of scissors.  That’s all gone – and so everything has to be organised and put on a rota.  No-one does anything because they always have done – it’s all from scratch.

5. It costs money.  Now, we were blessed with a generous sending church, and a supportive denomination, but even so there’s a need to spend.  If all you do is turn up and read a bible together you can get by on some pretty skinny resources, but once you start offering tea or coffee you have to buy every cup, spoon and coffee-maker  A modest band needs cables, speakers, stuff to plug it all into and control it – you get the idea.  A well-meaning but pushy saint was raising eyebrows at the bills for establishing our meetings, but we had to explain to her that there were no cupboards with glue sticks unless we bought them.  Every one.  Leave aside renting the building, and paying and housing a pastor in London.

6. The spiritual intensity is real, and shared.  We knew we were doing that risky kind of thing which, if God was not supporting us, we could simply fail.  If we were the same size after a year, two years, we’d have gone back to our previous church with our tails between our legs.  So we prayed, and meant it, and God has been astonishingly faithful to us.

7. Evangelism is no easier –  but keeping it high profile is easier.  There’s less inherited clutter around, of stuff you have to do because you always have done.  So you can reduce the systems to the bare bones that really matter, and people don’t complain.  Why? Because…

8. It takes time to do it right.  At the parent church, they took the man who was going to lead the plant on their staff for 18 months before the launch day, and his job was to recruit the team around the shared vision, and get us working and praying together on that basis.  Evangelism was going to look like this, preaching like that, small groups like… Things were crystal clear, and the result was that people who didn’t like some stuff didn’t join the plant. It has been a remarkably united team, and in large measure that’s down to the work done on establishing the culture before we began.

9. Research also takes time, but it’s worth it.  I know some brave souls who do plant churches without reading any books about it, but I figure why take the risk.  There are occasionally natural geniuses who have good instincts, but most of us rely on the companionship of fellow workers.  I use great commentaries when I preach – so why not use great resources when we lead?

10. What you end up with is… a church.  The people of God, gathered for his Word being preached, fellowship and discipleship, and water, bread and wine being used as he commanded.  From one angle, this is so simple that any church can do it: reduce what we have to do to its barest essentials, and do it in as many places as possible, to reach as many people as possible.

Of course, you end up disappointing people who had hoped you would do something much cooler or more radical.  And the time and place we chose to meet meant that we were going to look quite ordinary.  But even if we’d gone all hipster in style, we’d still have ended up with church.

11. The next risky period starts now.  There’s a great danger in referring too what we were part of as a church plant – it can imply dependency, and being temporary.  Some of us used the term ‘plant’ to refer to the initial three months between the date we were sent out and the date we went public.  that was a really useful period to find out how we were going use the building – even where ht plug sockets were anyhow long it would take to set up  But from our first Easter, we were a church that had been planted.

We could easily move from plant to plateau…

But now… we could easily move from plant to plateau  There’s enough people on a Sunday to make it viable at its present size, and it could easily become a place without challenge or cost.  I don’t think it will – it has some serious plans and some major huddles ahead, but it could become just another church.

There’s loads more I’ve learnt by being one of the embers of this team, and I’ve loved it.  I’d love to see it happen, over and again.  Being part of a plant while writing my book on the church felt how JB Phillips put it on translating the Bible: ‘rewiring the house with the mains still on.’

So, what are the lessons you’ve learnt by being part of a real church plant?

That’s all for now, folk.  Thanks for stopping by, and post your comments below