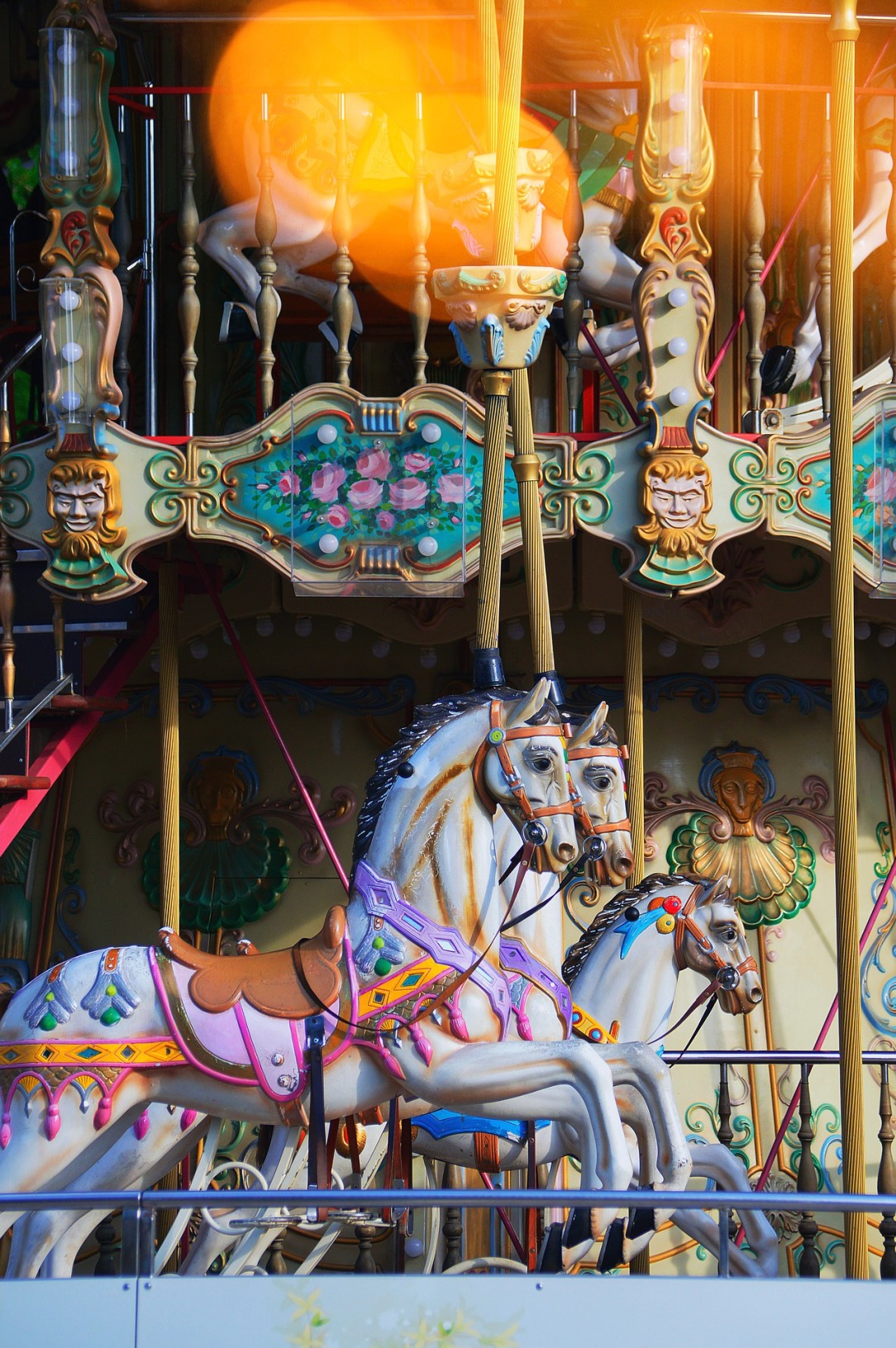 I’ve been reminded why we use more than one kind of evangelistic course, in a series, round and round.  Just like a carousel on a fairground.

We are starting a new course in a couple of weeks’ time.  As our post-Easter evangelistic course, we’re trying the Prodigal God course, with Tim Keller sort-of-live–but-on-DVD to give the talks.

And I’ve been surprised at how quickly people have signed up, and how enthusiastic they are to do it.  We use the book quite a lot as a giveaway, and so there’s a high recognition for the title and the author, but even so.

Which reminded me why we use more than one course, and different kinds of courses, in a series, round and round.  Just like a carousel on a fairground.

People can get on and off when they like

Some people like to ride the carousel at the start – for others it’s a calming close to their visit after the squeals of the the Haunted House and the terror of the rollercoaster.

And so some people are readier to do an evangelistic course round about now that the days are getting longer, it’s nice to go out, and the pressure of Christmas is over.  Others prefer the long autumn, or the boring winter nights – or maybe it’s just when they are ready to ask some questions and get some answers.

Don’t limit your evangelistic openings to just one time of year, or one time of day. Give them multiple options to climb aboard.

We have people who’ve done Christianity Explored several times and other courses too.  Now, it might be that they are using it for company and a nice meal – or it might be that rethinking their entire worldview with Jesus at the centre takes quite some time.

Don’t just limit your approach to one course, running round and round the same track.

Though some people definitely prefer the unicorns

Meaning that some group members, and indeed group leaders, have an affinity to one course above all others, and that there’s something in the style and content which ‘clicks’.  I don’t know why, but if you find yourself in a suddenly fruitful place, go with the flow and where God seems to be blessing.

And other people like the shiny new fire engine!

Maybe this is the reason we have people signing up for Prodigal God – we’ve never done it before and it sounds fresh and interesting.  There’s often a case for ringing the changes, just to get the interest flowing.

Not everyone likes to carry candy floss

Some of our courses come with nice meals, and pleasant hospitality – the conversations flow round the tables. #ProdGod (I know, but what can you do?) will be a coffee and puds event, with the feeling of watching stuff round the TV together on sofas.  Other stuff we do is even more stripped back.  Some people just like their events plain and straightforward.

#ProdGod (I know, but what can you do?) will be a coffee and puds event, with the feeling of watching stuff round the TV together on sofas.

Some people need to go on the bumper cars afterwards!

After a few weeks of hearing a good Christian teacher, there will always be a few people who want to push back hard, and have an argument – so let them. Gary Poole’s fabulous book Seeker Small Groups  has a wonderful series of provocative studies on the the key objections to the Christian faith.  Let ‘em rip!

The waltzer really divides the punters

I don’t think I’ve seen a more divided response to an evangelistic course than to Life Explored. By and large Christians don’t get it, but non-Christians do – something about the sideways look at things means that it gets under their skin.

But I don’t think I’d want it as the only course we do – we need straightforward stuff as well as astronauts and lawnmowers. But it needs to be in the mix

Everybody, but everybody, wins a prize

I can’t work the fairground analogy any further, but I’m sure you can – pile in!