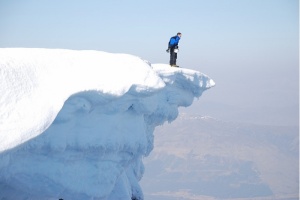 Well, of course you might.  That goes without saying.

The question is, are you likely to?

And, do the risks of changing what you’re doing outweigh the risks of staying where you are, or even moving in the opposite direction?

And, just how far would you have to go for that to happen?

There’s always a risk, but it was one that Paul took in each case, and we can see the responses in Romans.

But we can’t the risk of not taking the risk.

There was once a man whose house was collapsing into the sea in East Anglia, and he was encouraged to move inland a few miles.  He refused, because of the risk of drowning in the Atlantic if he went too far.