Ladies and gentlemen – in the spirit of every other book award, except that I give no prizes, nor is there any particular glory, and I am not even pretending to be exhaustive but rather entirely subjective, here are my top three Christian books that I read in 2016. And a couple of other awards.

The Enduring Authority of the Christian Scriptures, D.A.Carson (ed.). This is a magnificent achievement: a huge collection of essays designed to restate and reframe the evangelical doctrine of scripture, with the best of contemporary scholarship.  A couple of the chapters didn’t quite hit the spot for me, but if you want to be fully up-to-date on your theology, this is the book for you.  I reviewed it here.

Silver medal
A Peculiar Glory,  John Piper. As one of the commendations says, this is probably a book that only Piper could have written,

and I would add that none of the essays in Carson’s book quite hits this spot.  It is a deep reflection what it means to meet God as we read the Bible, and what that means for how we commend and use it.  So it is a very ‘Edwardsian’ book, and wonderfully rich for all that. I reviewed it here. There’s a second volume coming out soon – I can’t wait!

The Whole Christ: Legalism, Antinomianism, and Gospel Assurance, Sinclair B. Ferguson. I  haven’t reviewed this book on the blog, but that’s probably because I feel I need to re-read it a couple of times first. Ferguson begins with a largely-forgotten moment in Scottish church history, called ‘The Marrow Controversy’ (largely-forgotten – but not by those of us who were given a theological education in those bracing climes).  The issue was, and is, about the place of the Law in the Christian life, and our double temptations into legalism and antinomianism.  Ferguson’s profound insight is that those two errors are deeply related, and pastors and preachers need to be very clear on this issue, because otherwise we tend to offer the poison of one as the antidote to the poison of the other . But what the gospel actually offers, namely Christ himself, is the only cure for either.

If you’re a fan of Keller (who also wrote the Forward), this holds hands with the insights in the Prodigal God, but where that book  is evangelistic and apologetic, this one is profoundly theological and stretching.  Don’t be deceived by this book’s brevity – if anything, be encouraged to read it more than once. This is a hugely important topic, and Ferguson has written a brilliantly lucid account of it.

I set out to read or re-read the collected works of Francis Schaeffer this year, and it was a 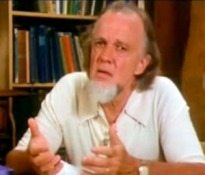 bracing adventure.  I know he’s open to the charge of being simplistic, but I find his long view of art history quite persuasive.  It’s intriguing to know what more he’d be saying today: he didn’t really foresee the deadening trivialisation of the sports and entertainment industries, and he wrote at a time when there were still cultural centre-points like Sartre or Camus, who have no equivalent in 2016. Who  now are the writers that everyone reads? And who is our Schaeffer? 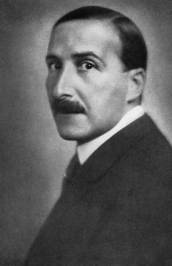 If there is one time and place which best encapsulates the world that the twentieth century obliterated, for good and ill, it is the café-culture Vienna of the 1910s.  It was more intellectually earnest than either Paris or the suicidally decadent Weimar, but with the same sense of dancing on the volcano, and of course it collapsed in the Anschluss. I was first alerted to it by Clive James, in his book of essays Cultural Amnesia, and he introduced me to Joseph Roth, Karl Kraus, and the painful Stefan Zweig.  If those are unknown names to you, don’t be ashamed but get yourself educated: Roth is magnificent, but the less-brilliant Zweig was the globally best-selling writer of the 1930s, and his books are only now coming back into translation. Start with The World of Yesterday, which is his wonderfully evocative autobiography, but also his vain, desperate defence of the idea that an intellectually-driven pan-European cultural movement would be sufficient to stop Hitler and save the cultural world he loved. He committed suicide in South America before the defeat of the Nazis, so he never knew that his dreadful experience at their hands was nothing to what would finally come to pass for millions of his fellow Jews.  Nostalgic, clever, but terrifyingly naive. Culture will never stop sin.