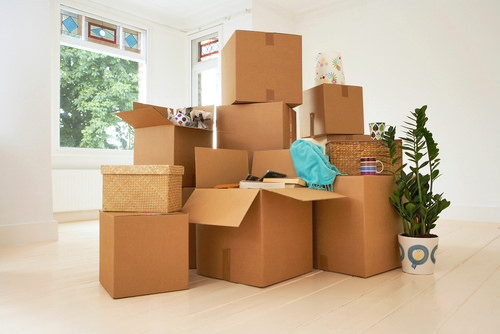 Not every minister will ‘fit’ every church. If that’s you, when do you go? Should you go?

By Chris Green in Ambition, motivation, patience on 09/05/2019
No comments

“He’ll be gone in five years.”

That was a seasoned pastor’s observation on a newly appointed minister in other part of town.  Something told him that there was a such an obvious mismatch between the church and the newcomer, that he could predict failure. Within five years.

He was actually optimistic.  The man in question had moved on in four.

I wish I had that older pastor’s gift! (Or perhaps it comes with age, which means I actually a long way off.  Ahem)

But it’s worth pondering again, whether it’s true that not every minister will ‘fit’ every church.  Personalities, backgrounds, track records, all seem to come into play, and decent people have to part. In this case there was no hint of immorality, or doctrinal deviance, nor was he a faithful preacher being hounded out by heretics who hated the gospel – ‘this’ person simply did not fit ‘that’ church.

Now, I’m fully aware that we pastors can use that to explain why we don’t apply for jobs in tough areas, but most of the ones I meet are sufficiently self-aware to talk openly about the temptations involved.  And in case anyone fancies pointing a finger – yes, I am ministering in a pleasant place.

I’m also aware that churches sometimes place ludicrously high and specific expectations on the kind of pastor they want (as good as the much-loved one who has just left, but without the weaknesses). All of us feel inadequate quite a lot of the time.

But even allowing for that, there seems to be such a thing as a ministerial ‘fit.’ Where I serve, for instance, it’s a given that you have to love being in London – and I do. But I know lots of people who would hate it. Equally, put me in a rural setting where I would have to be able to tell a pig from a cow, and I start to hyperventilate. Not that I couldn’t do it, but there will be people who can do it better than I can.  And they should. For the denomination I work in, there are external parties involved who are supposed to counter-balance for any oddities in the process, and I find that helpful.  Even if you’re in a congregational setting, you would be very foolish to avoid taking up references – and checking them carefully.

And, let’s be honest, sometimes a ministry ‘fit’ doesn’t work out.  It’s hard to describe, and difficult to acknowledge, but just occasionally – and without blame – things don’t sit well, and they can’t be solved, and its safest to minister somewhere else, apart, at least for a season (Acts 15:39).

So pastors – you might be having itchy feet because it’s hard, or there’s a nice job just come up, or you get a better reception when you speak away than when you speak to your home congregation, or you’d rather re-preach old sermons than write some new ones, or you’re bored with the place, or you fancy a pay rise, or…  None of them is a good reason to move.  None of them is worthy of you. Stay, and pray for fresh passion.

But, if you’re starting to feel you’re constantly in demoralising low-grade battles with your team, the elders, the members, and – in your honest moments – you think it might be you as well them, and that for their good as well as yours you need to move, then maybe it’s OK think, pray, consult, and be open to making room for God to give you, and the church, a better fit.

What do you think? Pile in!