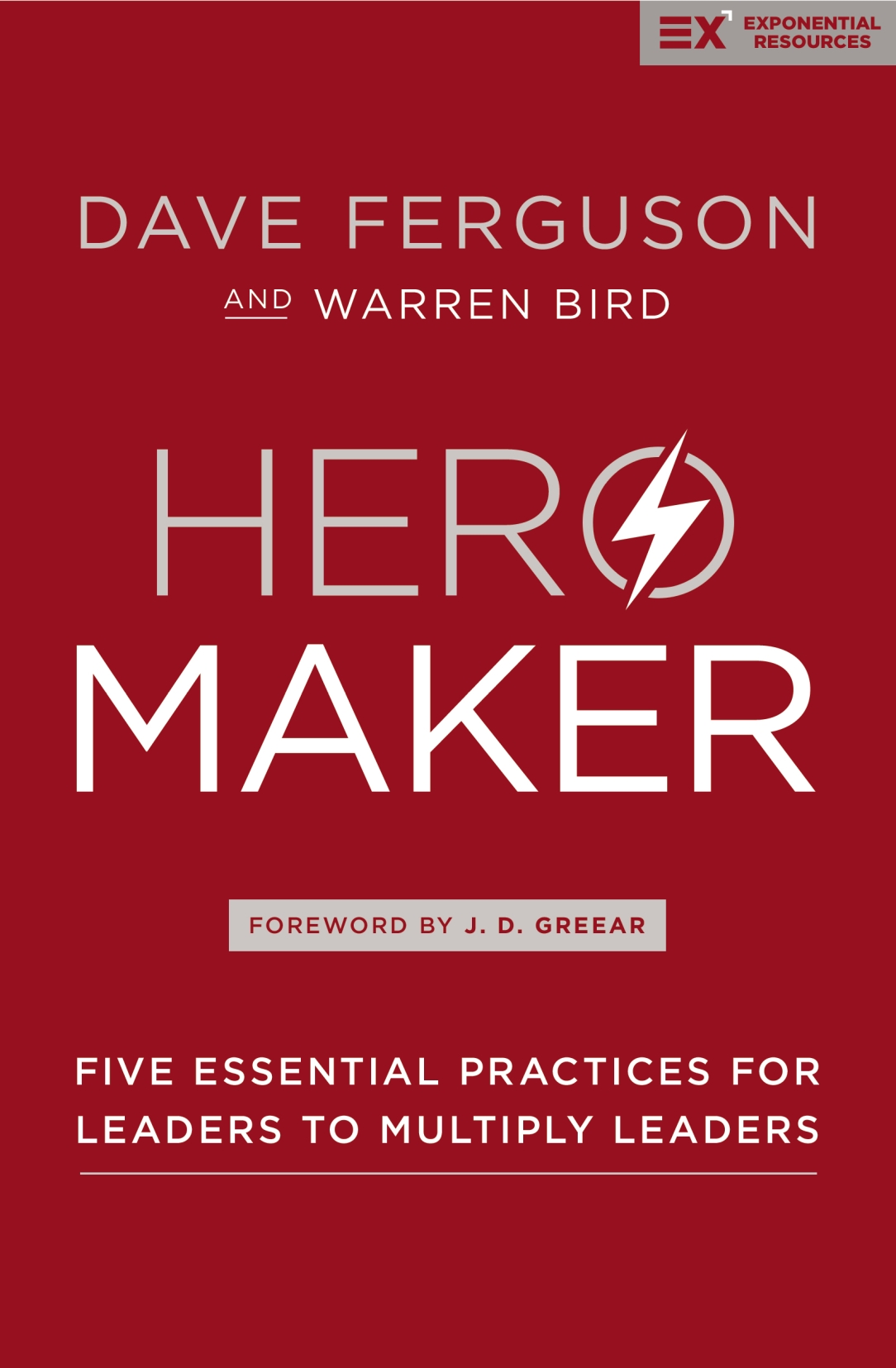 This is about a style of church leadership that is built on multiplying disciples and churches, from one-to-one coaching all the way up.

I first came across Dave Ferguson with his brother Jon about a decade ago, speaking at a small seminar at Willow Creek’s Global Leadership Summit.  It was powerful stuff: clear, practical and explosive.

Since then he has gone on, not only to pastor a growing and multiplying church movement, but to to write, to influence, and to found and lead Exponential, an inspiring conference for church planters.

This book is a summary of they ideas and messages of Exponential, once again made simple, practical but inspiring.  This is definitely a how-to book, one that you’ll read with a pencil in your hands.

In a sense the word Exponential tells you all you need to know: this is about a style of church leadership that is built on multiplying disciples and churches, from one-to-one coaching all the way up.

The groundwork lies in some sobering statistics. At least, they’re sobering for his American readership.  I think if we were where they are, we’d be popping corks.

There are, he says, five levels of churches: declining, plateauing, growing, replicating and multiplying.  80% of churches fall into the first two categories, and 16% into the third.  So only 4% fit into the last two, and of those the majority are in the process of replicating, rather than aiming at multiplication.

This, then, is not a standard church growth book.  Far from it. Indeed, Ferguson would suggest that growing fewer, larger churches is not right approach. Instead, we need to multiply, faster – which may result in your church not growing much at all, because it keeps giving its life away.  And the key, of course, is that the churches which are planted do the same, which is when the exponential stuff happens.

First, this is very American – upbeat, dream big.  There are cultural differences here which might make the book difficult for some to get through.  There are also wider cultural differences which mean that the same activity where we are will not lead to the same result where he is.  He’s writing from Chicago, which is pretty secular and tough, but the presence of so many megachurches even there shows the difference that the Atlantic makes.

This is evident even in the running model of ‘hero-maker.’ It’s his way of talking about discipling, and raising up leaders, but the word is a bit too brightly-coloured for me.

And second, I’m not always persuaded that the biblical basis for the practical steps he outlines is as robust as he claims.  That’s not to say he’s wrong: I think often he is pragmatically right, but that the bible passages he cites don’t quite make his case.

But nevertheless, I think it’s really useful, and healthy.

“My fruit grows on other people’s trees.”

He quotes the late Bob Buford, with a line I’m repeatedly hearing: “My fruit grows on other people’s trees.”  Isn’t that good?  And generous?

There are spiky little quotes all the way through this. “Every church counts attendance and giving.  But what’s the third most useful metric?”  Hmm – that got me thinking. Or, “It’s not the big dreams; it’s the small decisions.”

As he reports Carl George saying, “When you are really onto something, it will lead to questions that are more and more profound.”

So as we try to take baby steps in church planting here, it has made me reset and rethink a number of my hidden assumptions and models.  I think we’re going smaller, faster.

What is interesting to me is the number of people he quotes who are saying the same kind of thing, so this idea of multiplying, replicating, having interns or residences (we might call them ‘apprentices’, but I don’t think we push them out the nest in the same intentional way) is obviously a coming thing over there.  Which means it will be a coming thing over here.  I recently heard Ferguson speak in London, and I doubt it will be for the last time.

So this is an approach which is as typically pragmatic in its evangelicalism, but which is less ‘mega-‘ in its approach.  It is deeply ambitious, but it is humble with it.

There are links, resources and downloads a-plenty.  Lots to get your teeth into when you’re dreaming…