Should we be fighting fires, or lighting them? 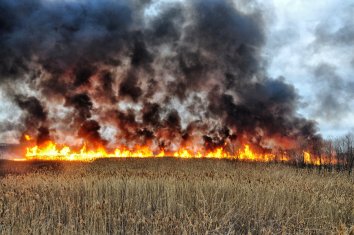 One of the first, simplest, and best tools for time-management is to distinguish the urgent from the important. But I discovered this week that it has hidden, secret powers.

You know how it goes of course: the threat is that the urgent drowns out the important. And so every time management system I’ve seen has some version of putting the big rocks in first. Identify what’s really important, and organise your day/week/month/year/life around them. And identify the hungry little urgent tasks that eat up your time so you are left tired but unfulfilled.

But I recently heard a talk in which a church leader was getting excited about something (actually, about getting the bible read by the members), and a couple of times he used the phrase, ‘we lit a fire of urgency under this.‘

And I suddenly saw something that had been hiding in plain sight.

What he had done was stare so long at something which was important, that its very importance made it urgent for him. Sure, he does the long range planning and goals. But in this case he actively chose to drag something out of the folder marked ‘Important’ and into the folder marked ‘Urgent’

So that rather than putting it on the agenda for next month’s elders’ meeting, he was banging on doors and wearing his phone out, saying ‘Do you see how important this is? We need to do something NOW!’

I, on the other hand, am tempted to so separate those two folders, that urgency almost implies that the issue is trivial and a distraction. In fact I just did a little test and Googled the issue. Have a look at the images that come up when you do that, and you’ll see that almost anything which is important AND urgent is seen to be a crisis.

But although we should not be spending our time fighting fires, there is a right, biblical sense of urgency, lighting fires. Here’s Paul:

Here’s the challenge, then. Take a spiritual or pastoral issue of huge importance, and focus on it so hard that by the end you are bouncing off the walls with its urgency.

Only then have you seen how important it is.

Click HERE for occasional updates from me, and you’ll receive a free e-book, ‘The Power of God’s Words.’ I won’t share your email with anyone else.

2 comments on “Should we be fighting fires, or lighting them?”