The question is not, ‘How can I be understood?’, but, ‘How will I be misunderstood?’ 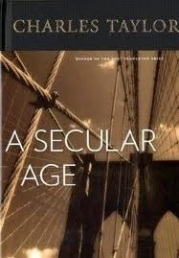 Every preacher is a communicator, and every good preacher thinks hard about that part of the work.  We think about difficult concepts, and how to make them clear, about whether minor grammatical issues are actually ideas on which a whole argument turns – and so on.  We know that it is not enough to stand and deliver, but we have to deliver so that we are understood. But I’m starting to be aware of another aspect to this, that I might have missed. It’s been sparked by reading How (Not) To Be Secular by James K.A.Smith, which is a brief and easy introduction to the massive A Secular Age by Charles Taylor. To bring you up to speed, A Secular Age is the book (the book) that Tim Keller reckons we ought to master, but that most pastors won’t have the time or ability to tackle.  So Keller says that Smith is a good second best, and when we’ve read him we can move in on Taylor himself.

A Secular Age is the book (the book) that Tim Keller reckons we ought to master, but that most pastors won’t have the time or ability to tackle.

I’ve not read Taylor (yet), and I’ve barely scratched the surface of Smith, so this isn’t a book review.  But my mind is already fizzing. I have simply not consciously addressed the extent to which our Christian vocabulary has been first secularised and then repopulated by a strongly humanist understanding. I’d worked out that some words need retranslating, and so like a good missionary I had sought to find the right words that did make sense. Non-Christians don’t use the word ‘sin’ and so we substitute the biblical concept of rebellion instead.

But what if my hearers (non-Christian and Christian) are sitting listening to me, nodding in apparent agreement, and even taking careful notes, but actually mishearing what I say because I haven’t noticed that the words we use in conversation with each other have wildly divergent meanings? What if they disagree with me, but for reasons I simply haven’t anticipated because they think I’m saying other than what I am?

You see, I thought the problem was like the one I experience when I take my car in for service.  He uses words like ‘carburettor’ and I simply glaze over.  I have no idea what he means.  It’s a translation issue. But Taylor/Smith suggest that our problem is far, far worse.

It’s no surprise that it’s Keller who suggested these books, because he’s got this issue nailed, I think.  Not that he’s solved it in every instance, but he has seen that it’s an issue to be focussed on relentlessly in a secular city like New York.  And therefore where I live too. And I’m sitting in a nice on-trend coffee shop and the problem is becoming clearer by the second. We diagnose a problem by the lens of scripture, and explain the issue.  But our hearers mishear that to the extent that they completely misunderstand our diagnosis because we share a vocabulary but not an understanding.  So when we present the solution, (‘Jesus died for our sins! Ta-dah!’) they reject it as an unnecessary solution to a non-existent problem.

Thanks for stopping by, folks. Pile in!