What are the good things social media can bring to a pastor’s life?

So, given the potential problems of being online, why don’t most of us just switch it off?

I guess because there are benefits to what the technology gives us, and it’s a personal judgement about how much we benefit from the fruit, and how much we get tangled in the weeds.

There’s also the reality that many of our churches maintain a social media presence, and it only makes sense to contribute that healthily.

And if you’ve ever managed to get within a sniff of a book contract, you’ll know that one of the first questions a publisher asks is, ‘How big’s your platform?’

(Mine, by the way, is woefully small.)

So what are the good things that social media can bring into our lives?

Here are four – please feel free to add to the list.

I suppose it depends how you define it, but as I said in a previous post, I only friend in 2D, the people I know in 3D.  If I’ve met you, I might let you into my Facebook stream, and even then I might let you follow me without following you in return.  That’s even more true on Twitter.  I know that that’s not the proper etiquette, and that’s not the way to build a following of tens of thousands – but it’s what I need to do.

So, adverts aside, it’s my actual friends and ex-students who pop up in my feed.  That’s nice.  I’m not competing with them, and it’s good to know what they’re up to. It’s not a substitute for a real conversation, but it’s not trying to be.  Just touching base..

But, fair warning: if they start posting cat videos, they’re unfriended without a second’s pause.  A chap has to have some standards.

I follow a few people who I know will generate interesting thoughts in me, and challenge me to think harder, better for myself.  They’re not all Christians by any means, but they are all people I am happy to allow into my brain, to make me think of a deep Christian response to their views.  None of them is a celebrity atheist, and I work hard to remove all the ‘heat’ from my social media streams.  But there are some interesting people out there.

I need to know stuff that I would’t come across otherwise, and there are some sure-footed guides to the latest books, ideas and issues.  I don’t know how they think so quickly, but Russell Moore and Al Mohler can always be relied on to give a Christian perspective on current events. John Piper has a really unique ability to make you focus afresh on a text – sometimes just by quoting it, and making me think, ‘So why is that verse worth quoting?  Where’s the juice in that, to get Piper so excited?’

So why is that verse worth quoting?  Where’s the juice in that, to get Piper so excited?

And finally, I follow a few whose patterns of life and ministry are a constant source of inspiration.  My heroes, if you will, who will make me rethink my own patterns and practices, over and again.  I don’t stalk them (that would be icky), but I do follow what they’re working on, and learn from where they’re paying attention.

Social media has generated a superb ability to give us tiny, bite-sized shots of encouragement and insight, easily consumed.  With the best people to follow, you realise that behind the quick phrase lies deep wisdom (Job 28), and following them down that path is the way to go.

Social media is just where you enter the rabbit hole.

So which rabbit holes do you go down, and what do you find down there?  Pile in! 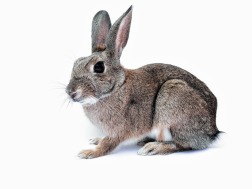